When it comes to soft drinks I’ve never really put any thought in to what it’s doing to my body. I’m one of those people that picks up a diet coke instead of “full fat” but even still there’s plenty of people telling me the details of what’s in it and how it dissolves 5p’s or something (I’m not right here am I?). I also only choose whatever’s in our supermarkets, there’s more and more independent craft beers on offer to buy in there but what about the soft drinks?

I was recently sent some bottles from the guys at Karma Cola and their tag line #DrinkNoEvil, which caught my eye. Looking in to them a bit more they’re not saying their fizzy drinks are completely good for you health wise, but they’re certainly better than the stuff you’re drinking already. They’re made from organic, fair-trade ingredients and good sugar (lightly processed that isn’t bleached with sulphur) sourced from the likes of Sierra Leone (cola), India (sugar), Sri Lanka (ginger) and Sicily (the lemons). 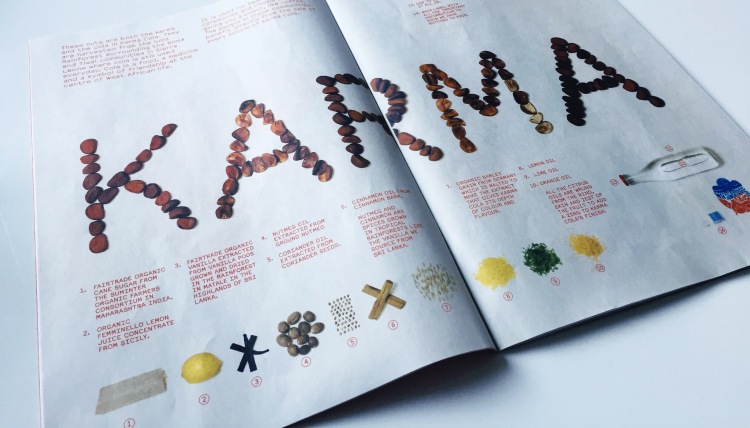 I’m always a bit sceptical with Cola ever since my mum tried to give me the “fake” cheaper stuff as a youngun and it’s one of those things you usually can’t compromise with (same with cereal) but seriously this stuff tastes good cold and a solid choice for summer. It keeps it’s fizz over time and the cola flavours intense in a good way. Reading through their site they’ve mellowed the bitterness with fair-trade vanilla, cane sugar and malt extract. I don’t know the details of how but I know I like it and definitely recommend trying.

I also tried the “Lemony” lemonade sourced with Sicily lemons, which was SO refreshing and reminded me of the San Pellegrino stuff. It’s not too sour at all, but boosts a sweet citrus taste. As with all lemonade this has to be ice cold. The other choice was the “Ginger-ella” ginger beer sourced from Sri Lanka. I’m not a big fan of ginger beer so wasn’t as excited by this one, but I know it packed a punch and we all know ginger is good for you and has it’s health benefits if you do like it.

You can purchase these from Waitrose but if you’re northern like me and Waitrose hasn’t been invented yet then Ocado online food deliveries have an organic section which features these. ENJOY!